I always make an effort to read the opposite side of each argument. As a result in many cases I can win a argument on either side of an issue with most people. In my old age I'm not that interested in arguing any more. I'm more interested in discerning the truth. If one isn't interested in discovering truth so be it. I let them be.

Anyway I saw the title of this article from CNN Money. This is a respected source for financial information. I was wondering if I was going to be proven wrong and already thinking how I would have to change my view and what I wrote in by book about Social Security being the ultimate Ponzi scheme.

But this one takes the cake and they were really serious. I think.

Their argument is :
1st: They state: " in the case of Social Security, no one is being misled." It isn't a Ponzi scheme because by definition a Ponzi scheme is one in which a person is misled. Social Security tells us right up front that they don't have the money. So they're not defrauding anyone.

2nd: The article states. "Social Security isn't automatically doomed to fail. Played out to its logical conclusion, a Ponzi scheme is unsustainable because the number of potential investors is eventually exhausted. That's when the last people to participate are out of luck; the music stops and there's nowhere to sit." In other words as long as we keep adding more people to it just like any Ponzi scheme, it won't fail. Oh! Oh! What if those environmentalists who want to cut population get their way? No more people to add to the Ponzi list?

3rd: "Social Security is morally the polar opposite of a Ponzi scheme and fundamentally different" they go on to say it was created to do good not bad and Ponzi schemes are created with bad in mind. Oh! Oh! Does that mean anything that was started with good intent can never turn bad. Let me think. Kudzu, Asian Carp, Garlic Mustard, etc. brought to this country and now taking over everything are not bad because they were brought in for a good reason?

I was hoping the article was a joke but it don't seem to be.

Anyway, I'm not even sure why I wasted my time on such a dumb article. Just that it was in a reputable source and one of the first articles I've seen defending Social Security as not being a Ponzi scheme. It looks like the author understands it's a Ponzi scheme but one that is different from regular Ponzi scams because they are not lying about it not being a scam, and was originally intended for good. Sure.
Finances 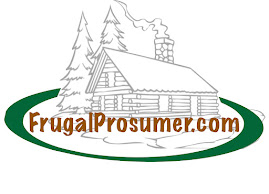