Mary's Musings: The annihilation of word

An 2010 posting from another blog we had.

I'm contemplating the annihilation of words. Of my words. The recorded ones. Perhaps they have served their purpose. To be said. To be let out. Now all they are is dried up fluid on dead wood. And as they were written the tiny puffs of vapor that thoughts are came off the page and lifted in the air current of unseen breeze and human breath and like a smoke ring moved away having had their say.

Annihilation maybe isn't the right word. Oh but yes ... because I plan to tear the pages out and crumple then up and throw them into the fire. I certainly wouldn't send them off to some refuse dump perchance to fall into the hands of someone who doesn't know the whole story. A fertile place for their own speculations. Isn't that what it is? Anything written is open to speculation. To people putting their own slant on things. Not getting it right.

So why write or even share the writings? Well, you want people to "get it". But why? What makes your thoughts so important? Factual information can contribute to another's knowledge bank. So what? Making clever individuals is silly. Whatever for? Then you are contributing to the eternal one-upmanship.

Nothing wrong with curiosity though. It all comes back to the God factor. He is called "The Word". And come to think of it, "they" tried to annihilate that word. To crumple Him up and throw Him away for good. That's that, nothing to read, no knowledge to gain, no nothing, it's gone. But because the Word must have the last word, and because it begs to be read and because He is not dried up blood on dead wood and because there is nothing puffy and fleeting about Him. And because man is not alone when he reads the Word.

And still this word is subject to speculation, yes but the writer is still present and hovering and intent on one "getting it right". And it's not just another bit of knowledge to make you smarter than the next. No, it's really quite upsetting to say the least. Because He surrounds you with this vapor and instead of floating away you are hurled into the page and gasping for the sweet clear air of truth. He creates a hunger in His reader like no other has ever done.

For the writer still lives and the story is true and your wildest dreams of living a fantasy of happy ever after can be accomplished. But you see that it comes with a price to the author. He is writing His story after all. He is the story, the word. He is the knight that had the ultimate code of honor. He gave all for His beloved. He will slay the dragon finally and completely. He will come for His people. He is the word on the lips of His followers. The one they will die for. For they will not deny the truth. He is truth.

And this all started out today with me wanting to annihilate words. Maybe instead we should offer well chosen words. Words that inspire life and godliness, encouragement and direction. Maybe we should speak the Word to those around. To guide them to the page in the book of life and to help them hear what they are reading. To share the Word.
Love, Mary 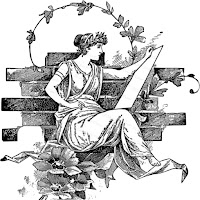