Mary's Musings: Walking in Front to Protect Those Behind?

An 2010 posting from another blog we had.

Up in my library perch today I had a clear view through the surrounding glass windows. I watched young and old file in and out of the doors below. At one point I saw a man striding ahead in a determined manner. Approximately 10 feet behind him followed a woman. She made no effort to catch up with him. Her pace was as deliberate as his and had nothing but "life as usual" written all over it. They were a Hmong couple. That was their custom. Man ahead, woman behind.

In our free-spirited American society us women might tend to get the hackles up. We might think things like, "How superior minded of that man. How suppressive to that woman. She deserves to be right beside him and even given the opportunity ahead of him too. blah blah blah."

I don't pretend to know all the cultural reasoning behind this practice but I did see an illustration in it. I have asked God many a time to go before me into a situation or whatever. To clear the way so to say. I have hoped for and welcomed a Godly barrier to come between me and what threatens to do evil. I want that protection from Him.

We are asked to be "followers" of Jesus. He has gone and is going before us. I see today again the advantage of being behind Him. Letting God take the lead. Accepting His protection and interception. He is always conscious of me. I keep my eyes on Him. We're going somewhere and we are going together. 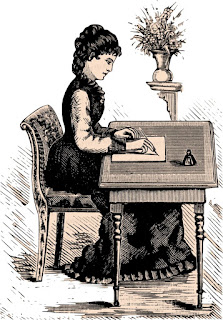